Edit
watch 01:36
We're Getting Mutants in the MCU - The Loop
Do you like this video?
Play Sound
The Revolutionary 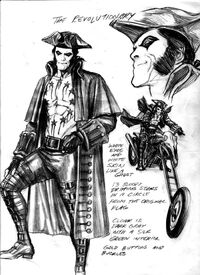 He is one of us. He simply does not realize it yet.

The Revolutionary is nearly indestructible.